How Many National Parks Are There in Canada

Canada is a large country located in the northern region of the North American continent. It is well known for areas of spectacular natural beauty and many of these regions have been protected as National Parks. These parks are administered by Parks Canada and the goal of this organization is to protect these unique areas and provide access for the public to enjoy and appreciate the natural environment. In addition to National Parks, Canada also has National Park Reserves*, National Landmarks and National Marine Conservation Areas. Let’s find out how many National Parks are located in Canada.

The following is a map showing the locations of all National Parks in Canada. 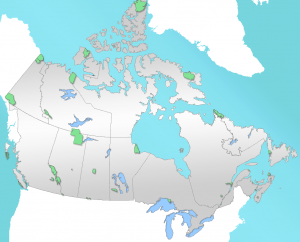 Did you know?
* National Park Reserves are areas that have been set aside for creation of a National Park, but they require the settlement of native land claims before this can occur. They are managed exactly the same as an official National Park.

How Many National Parks Are There In The United States

What is the Largest National Park in the World