Where is Chile Located

Chile is a country that covers approximately 756,096 square kilometers (291,930 sq mi), which makes it the 38th largest country on Earth. Chile is an extremely long country that stretches for over 4,630 km (2,880 mi), but is also extremely skinny with the widest portion only 430 km (265 mi). The country has a population of just 16.5 million and this means it has one of the lowest population densities on the planet. The central area of the country, home to the capital Santiago, is the most populated region. Chile is one of the richest countries in its region and boasts a relatively high standard of living and political stability. The area that is now part of Chile has a long history that dates back thousands of years to the native tribes. However, the modern country was born when it declared independence from Spain in 1818 and this was formally recognized in 1844. Let’s find out where Chile is located.

Where is Chile located?
Chile is found on the central and southwestern coastline of South America. It is bordered by Peru (to the north), Bolivia (northeast), Argentina (east). The western coastline is bordered by the Pacific Ocean and the southern coast is bordered by the Drake Passage. Chile also claims the islands of Juan Fernández, Salas y Gómez, Desventuradas and Easter Island, which are found in the Pacific Ocean. The following is a political map of South America with Chile and surrounding countries marked. 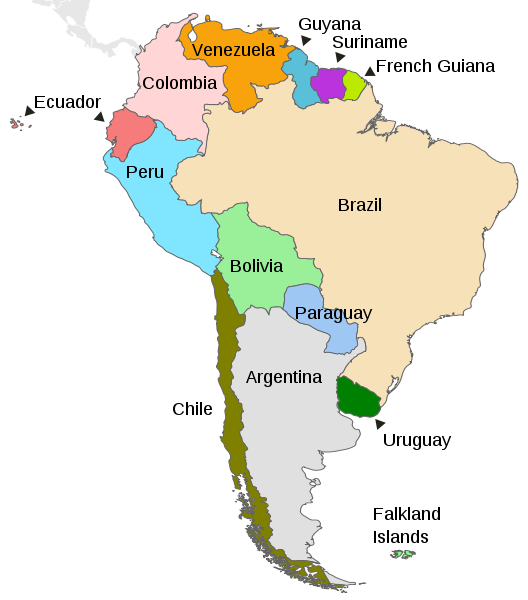 This world map shows the location of Chile (marked in red). 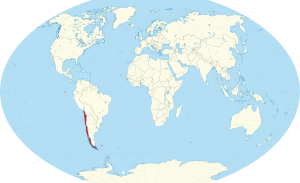 Did you know?
Chile also claims approximately 1.25 million square kilometers of Antarctica. However, the Antarctic Treaty, signed by 50 countries, suspended all claims to the region. The following map shows the Chilean Antarctic claim (marked in light green) in relation to mainland Chile (marked in dark green)

Where is Peru Located